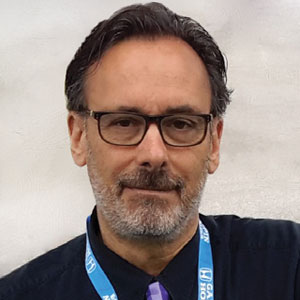 Neil Weicher, Founder & CTO
It is estimated that in the first half of 2018, a whopping 22 million records were exposed in the U.S. alone. We live in times where government agencies and private organizations alike collect massive amounts of public data to drive business value. But with the continuous rise in information breaches and regulations, data encryption and safety should be the topmost priority for businesses. However, most organizations face an uphill battle when it comes to meeting the endless checkboxes related to data privacy regulations. Enterprises also dread the complexities related to implementing encryption, owing to IT constraints and the fact that existing systems are not designed to facilitate data encryption. This situation holds specifically true for small- to medium-sized businesses (SMBs) and small and medium sized departments within large corporations (SMDs).

In this scenario, empowering companies for over twenty years with a simplified approach to data encryption and compliance management is NetLib Security Inc. The company's state-of-the-art, yet cost-effective platform, Encryptionizer®, is particularly well suited for SMBs and SMDs to stay ahead of compliance as well as ensure unprecedented levels of security. One fewer checkbox they have to worry about. “The best part about Encryptionizer is that it requires no programming, is completely scalable across physical, virtual, and cloud environments, and works with any database or application on the Windows platform, even legacy applications where the source code might not exist anymore,” says Neil Weicher, founder and CTO of NetLib Security.

As one example, Encryptionizer works across all SQL Server-based applications and is a highly effective, easy to use and deploy solution for all industry types from government, education, to financial services. Of late, the company has been focusing on the medical devices industry, as healthcare organizations are particularly vulnerable to high security and compliance risks in the wake of an IoT-driven world. Encryptionizer was designed to keep in mind corporate end users, for example, the CIO of a large hospital trying to protect sensitive medical data in their database, as well as the commercial developer or the manufacturer of that medical database or device.
“For maximum client benefit we came up with the acronym FAST which stands for Fast, Affordable, Simple, and Transparent, which represents Encryptionizer's core value proposition,” explains Weicher.

Staying ahead of compliance has never been easier, as an end user can set up Encryptionizer with a point and click deployment while a commercial or corporate developer uses a simple script based installer to bundle the platform in with their application. Encrypting a device right out of the box not only helps end users save time on managing compliance but also allows manufacturers to protect their own intellectual property. “Incidentally, corporate end users too sometimes use the script based deployment saving them the hassle of performing point and click on a hundred different servers,” remarks Weicher. Always looking at ways to advance their solution, last year the company released Encryptionizer® Key Manager (EKM), which allows an administrator to manage multiple clients from one central location, regardless of the number of servers they house.

To better supplement the use case of their platform, Weicher highlights the example of a customer which is a major corporation servicing the real-estate industry. The client had a large database and applications that were open to agents for searches at all hours. The customer was in urgent need to encrypt their database, PDFs, and document files, extending access to only agents on authorized machines. “They were also skeptical of replacing their extensive and mature applications, and Encryptionizer was the one-stop shop offering the highest level of security without changing their application and without hampering performance,” says Weicher.

With customers across continents, in the days to come, NetLib Security plans on building a strong footprint in the enterprise market with their EKM solution. “Long before organizations perceived data security as an issue we saw the need coming. Today, our years of expertise and deep understanding of the marketplace makes us the go-to authority for data-security and compliance,” ends Weicher.

Description
Provides a powerful, patented data encryption platform, Encryptionizer® that is cost-effective and assists with compliance 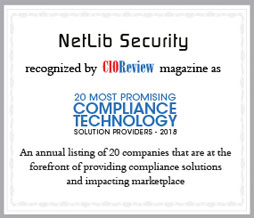 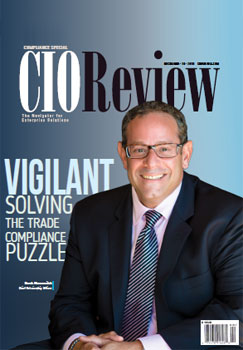