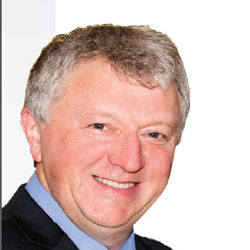 Russell Shepherd, CEO
In the mid 1970s, a couple of professors at the BYU law school convinced West Publishing to fund a new idea—a software platform that would facilitate the automated production of complex legal documents. The resulting VMS code base went through many stages of evolution, eventually morphing into what is now known as HotDocs, the global standard for enterprise- grade document generation. The idea was riginally sparked by the needs of large law firms, but now Hot- Docs is also widely used by government agencies, banks, insurance providers,and across a number of industries where document generation is mission critical. While a key benefit is the reduction of time and resources used to produce complex documents, perhaps more important is risk mitigation and compliance,” explains Russell Shepherd, the company’s UK-based CEO. He continues, “Hot- Docs eliminates much of the human error inherent in complex document production and ensures that documents comply with existing laws and policies.”

At the base of the company’s software stack is HotDocs Developer, a robust toolset that enables content experts to transform word processor documents and PDF forms (graphical documents having fields and heckboxes) into automated process apps. In use, a HotDocs app presents an interactive sequence ofdata-gathering forms that walks system- users through the process of generating new versions of the underlying document. With a completed interview, HotDocs can generate even the most lengthy and complex document or set of documents in seconds. “HotDocs apps are so powerful and flexible,” points out Shepherd, “that many organizations use them for governance and compliance applications that aren’t specifically intended to generate documents.” Interactive Decision Tools on Checkpoint, Thomson Reuters’ flagship product for tax professionals is a good example of this sort of application.

HotDocs apps can run in any standards compliant browser on virtually any type of device, including tablets and handhelds. HotDocs has an extensive ecosystem of stakeholders, including integration partners, resellers, consultants, commercial publishers and upwards of a million users. In 2013, Gartner listed HotDocs as a best-ofbreed, niche vendor within the ECM market, and, in 2014, Gartner named HotDocs a Cool Vendor for content management. 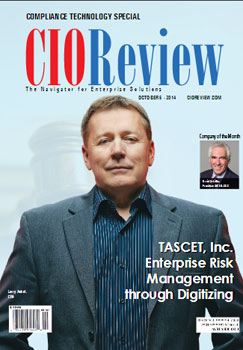