The Lessons of Ancient Mariners

The Lessons of Ancient Mariners 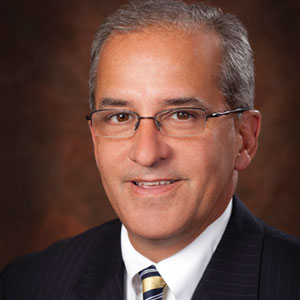 It is 697 BC. The Phoenician merchant ship Nabu set sail two days ago from the commercial port hub of Tyre on today’s Lebanese coast, carrying a wealth of merchandise from Western Asia across the Mediterranean Sea. The Nabu, named for the Assyrian god of Wisdom, is on a one-year voyage bound for markets in Greece, Rome, Carthage and points west to the Pillars of Hercules; today the Straits of Gibraltar bordering Spain and Morocco.

The vessel’s captain studies a Papyrus scroll bearing a list of the ship’s cargo: 200 planks of cedar wood; 50 bushels of soft wool; 33 sacks of fine glasswork; and 17 urns of murex, a brilliant purple dye used to craft the garments of royalty.

Scribed in an alphabet to which the Greeks would later lay claim, the Phoenician captain chronicles the exchange of his wares for gold, silver, cotton, lentils, oil, wheat and other materials. He works the list methodically with a sophistication that would stand the test of time to become a harbinger of the modern shipment manifest and practice of international trade.

Fast forward to 2014. Data moves instantly across continents and time zones, linking shippers, receivers and every supply chain node in a virtual ballet every bit as crucial to the flow of commerce as the physical movement of goods.

While storied Phoenician traders journeyed to the limits of the known world in search of markets and raw materials, they did business face-to-face in real time. The 21st century demands of global trade require more speed, more early visibility to more diverse data, and many more parties to every transaction. International trade is complicated. The risks are high and the price of non-compliance with myriad trade and security rules is even higher.

Over the past three decades, companies engaged in global trade have transformed the once task-driven function of shipping, to a business science known as Supply Chain Management (SCM). The practice has evolved from cigar-chewing toughs on the loading dock to seasoned experts in the boardroom, many of whom cut their teeth designing supply chains literally for armies. (One of the secrets of the success of Operation Desert Storm in 1990-91 can be traced directly to the planning and execution to near perfection of a massive air and sea lift of men and material from across the globe.)

Back in the day, analyses, technology, and resultant decisions were executed to affect the cost of transportation, and the most efficient and effective means of moving cargo in large volumes from Point A to Point B. Trade Compliance was little more than another obscure cost of doing business; an exercise in bureaucracy.

Then came September 11, 2001. Beyond the horrific events of that day, the world was forever changed. The transport of terrorism became a clear and present danger, and what we know today as Global Trade Management was born.

Global Trade Management began with the security screening of all parties involved with a shipment (especially origin suppliers), managing trade embargoes with nations flagged by governments as bad actors, and properly classifying products and raw materials in order to clear customs and reach end-user markets. Systems continue to be built out and bolted on to ERP platforms to help companies manage those nodes. All are critical elements.

But in 2014, Global Trade Management means a deeper dive into the performance of governments, service providers, and importers and exporters in the International Order Execution process from origin to destination. It means a paradigm shift of Compliance with trade, security, environmental and safety rules as cost center, to cost remover and bottom line contributor. CFOs and others in the C-Suite are bringing Compliance and Trade Management into sharp relief as supply chains compete with supply chains head-on in a contest that we call “Total Landed Cost”.

To date, the cost of Compliance built into global trade has not so much been absent the visibility necessary to track its impact on Total Landed Cost and the bottom line. But rather, it has been unheeded. The Business Intelligence needed to make better strategic as well as tactical decisions has taken short shrift to the more dutiful though sometimes reactive function of managing shipments from Country-A to Country-B.

By way of example, if the Customs process for clearing cargo for entry into Country-A takes 10 days, and goods are left sitting at a port, that is a hidden cost. Customs processes vary from country to country; there is no one uniform standard. This isn’t just about the performance of government agencies. It’s about measuring the performance of every party that has a touch and a stake in the supply chain.

Are we taking lag-time into consideration as we analyze and plan for demand? Are we looking at ways to mitigate the impacts of government and other parties to achieve cost avoidance? Do we have the robust visibility so necessary to supporting better decisions?

The data is accessible. But are global traders mining and synthesizing that data to reduce risk and yield maximum value? Not so much. That’s the new frontier of Global Trade Management. It is also a challenge to Supply Chain managers and their Logistics Service Provider (LSP), to take the data visibility, transform it into business intelligence and apply it to process improvements that remove cost. From questioning the status quo of ‘that’s the way things have always been done,’ to ’here is where we need to get to.’

Armed with the data, and operating as a customer’s advocate, the LSP can make a hard cost business case for process improvement with government regulatory agencies, upstream suppliers, carriers, bankers, and even business units—the folks who actually make stuff—within a client’s organization. Far from being pie in the sky, when any one of these players does things smarter, there’s an upside trickle-down effect on Total Landed Cost and to the bottom line.

Here is where the LSP’s technology and intellectual capital becomes a critical enabler. The LSP by its functional nature serves as a repository and manager of farflung data for all parties.

When our clients told us they wanted to assess the risk of shipments in motion, we developed a web-native Compliance Dashboard application in our BDP Smart® Suite that goes beyond transportation management and shipment processing visibility, to configurable high level views of trade performance metrics, trade information (such as Free Trade Agreements on a country-by- country basis) and specialized cargo handling requirements. Most importantly, it delivers real-time early warnings of events, and the decision-support to mitigate farreaching risk exposure.

As we continue to develop visibility applications that mitigate risk and create value, the specter of Cyber-crime looms large. With organized criminal enterprises deftly infiltrating major retailers, are electronic shipment manifests of products that run the gamut from high-end consumer goods to hazardous materials not fair game?

In an uncertain world. The optimum state of Global Trade Management remains over the business horizon. Navigating those seas will take a compass in which shippers and receivers leverage the currency of delivering cargo information well before goods are physically loaded onto a ship or plane; enterprise IT, Business Units, Sales and Marketing collaborate in customer facing applications that curb risk and yield ROI; and governments across the globe implement a standard model for import and export processes.

Imagine all of that intelligence. Even the most cunning of Phoenician traders would have bartered a king’s ransom in sheepskins for such entrepreneurial value.

EqualWeb: Making Web Accessible to All

The Race to Digitize the Insurance Industry

FinTech Down, "But Not Out"

The Softer Side of Directing Digital Transformation

Why Digital Transformation Matters in 2023